Where to visit in French city of Strasbourg 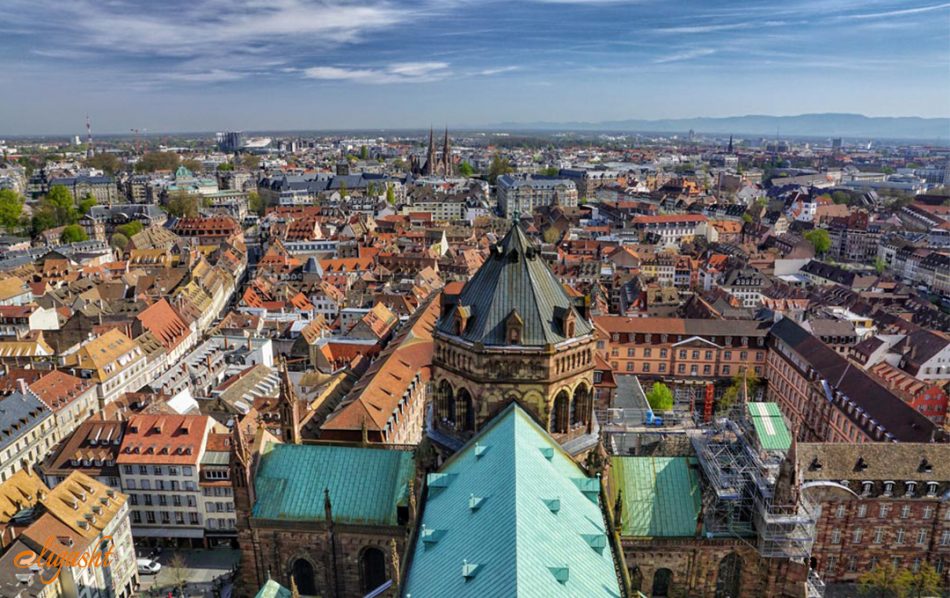 As one of the three main capitals of the European Union and the official seat of the European Parliament, the French city of Strasbourg is a fabulous combination of beauty and prefecture. With the likes of Notre Dame de Strasbourg Cathedral and amazing La petite France among the best attractions of Strasbourg, your trip to this city will surely be an unforgettable one.

The charming city of Strasbourg is situated on the German-French border, so there is a pleasant cultural mixture of both countries.

With cobblestone streets and amazing historic sights on one side and modern building on the other side, Strasbourg has several sights that can match every taste of a visitor. Whether you like picturesque atmospheric sections of historic cities or fancy houses and palaces, the city will show it worth it to pay a visit.

In this article, we will have a look at the best attractions in Strasbourg and provide some information about this beautiful city and the unmissable experience a tourist can have in it.

The majestic 18th-century palace served as the residence of the Bishop-Princes from 1732. Its service has ended just 10 years after, as the French Revolution occurred.

With its significant construction which represents the late 18th-century style of building, it is a fabulous architectural wonder. Rich in beauty, you should spend some time around this palace just to see how amazing it is.

Palais Rohan is also home to three brilliant museums. The Museum of Fine Arts (Musée des Beaux-Arts) owns an excellent collection of paintings of famous masters from Italy, Spain, France, and the Netherlands. You can see masterpieces of Botticelli, Courbet, Delacroix, Giotto, Goya, El Greco and many others in this museum.

The Museum of Decorative Arts (Musée des Arts Décoratifs) is where the former apartments of the Cardinals of Rohan were located. A great collection of decorative arts including goldsmith’s art, paintings, and ceramics, is the object you can find in this museum. The rooms themselves are a good part of the museum. You can spend some time in the library, print room, and chapel.

The last museum is the popular Archaeological Museum. It owns one of the best antiquity collections of the whole country. There are items from the prehistory era to the middle ages.

You can find the Museum of Decorative Arts on the ground floor, while the Museum of Fine Arts and the Archaeological Museum are located on the first and second floors respectively.

Probably the most iconic neighborhood in the region. It has inherited the enchanting Alsatian character and owns an atmosphere you will fall in love with.

Quartier des Tanneurs, as they call it in France, is located within the large island of Grande Ile, surrounded by the beautiful river of Ill.

You can wander in the amazing labyrinth of canals and old streets for hours, visiting the delightful half-timbered houses. This scenery is what you can surely call perfection. The solace in the air is incomparable with any other neighborhood in Europe, and the colors, they are unbelievably wonderful.

You can also visit the formerly roofed bridges of Ponts Couverts. Located in the southwest of the quarter, these bridges still home four medieval defense towers of the city.

There are several things to see and experience in La Petite France, depending on your taste. Just pay a visit to the district and let yourself free. Small France will not let you down.

The Church of Saint Thomas

Right where there was an ancient church belonging to the 6th century, there is a church now, which is called Eglise de Saint-Thomas. The former church was destroyed due to a fire, and the present church, which is dedicated to the Apostle Saint Thomas, has been rebuilt in the 12th century.

This beautiful, magnificent church is called by the locals the “petite fille de la Cathedrale”, which means the small daughter of the cathedral. Constructed in the majestic Gothic style of architecture, The Church of Saint Thomas has five naves of equal height.

The choir of the church is housed within a brilliant Baroque mausoleum, belonging to a famous military character, Marechal de Saxe.

This amazing church has played a famous role during the Protestant Reformation in the region. It was a center for the Lutheran movement in Alsace.

Make sure you pay a visit to this amazing church, as it is one of the best attractions in Strasbourg.

Now turned into a hotel, this building is the most adorable old burgher’s house in the city. With fabulous stone-built ground floor, half-timber upper floors, and wonderful traditional windows, this building is one of the best attractions in Strasbourg.

You can experience history by visiting the Maison Kammerzell. The ground floor was the space in which the 15th-century merchants sold their products. The carved stone arches you can see on this floor are fabulous. There are also some other buildings inside the complex. A pharmacy from 1567 which is built on an older pharmacy, dated back to 1268, or the ruins of an ancient Roman fort.

Not only one of the best attractions in Strasbourg, but it also is widely believed to be among the most fabulous monuments of western architecture. Cathédrale Notre-Dame de Strasbourg is always looming over the whole city with its impressive gigantic tower.