Top tourist attractions in Kiev that you should not miss 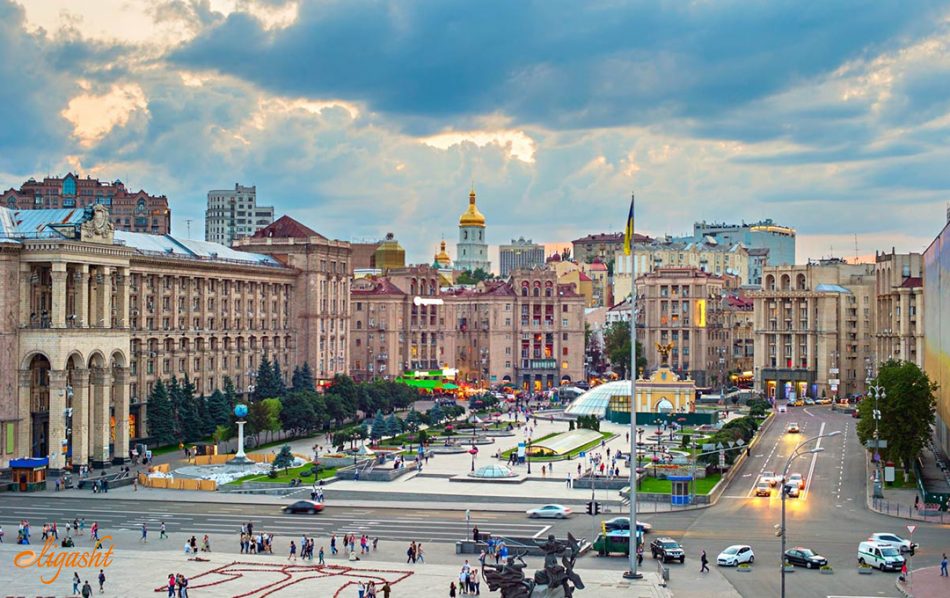 The Dnieper, one of the most beautiful rivers in the entire world, through its path from Russia to the Black sea meets different cities. Kiev, without the shadow of a doubt, is the most magnificent one of them. There is a lot to see in the Ukrainian capital. As a visitor, you will feel that it seems as if there is no limit to the number of tourist attractions in Kiev. Different historic landmarks along with numerous beautiful attractions all around the city made it a favorite destination for a wide range of people.

With its foundation dated back to the 5th century, Kiev is one of the oldest cities in Eastern Europe. It has a long history with different historical events from a legendary foundation and beautiful days to the days of sieges, wars, and desolation.

It all has started 15 centuries ago. As the legend says 3 brothers and a sister have founded the city in the medieval era. The sister was named Lybid and the brothers were Khoryv, Shchek, and Kyi. As it may seem interesting, Kiev’s name is derived from the name of one of the brothers, Kyi. Since then there was a lot of different events and when you are walking around the city, you have the opportunity to feel all of its history. The city has a unique atmosphere that you can find nowhere else in the world. A beautiful combination of history and culture colored beautifully in vibrant colors that are unique to the city itself.

Kiev is known as an educational and also a cultural hub in Eastern Europe. From its around 950 cathedrals, monasteries and churches, to the museums and monuments, the tourist attractions of Kiev are popular worldwide. Kiev’s beauty is worldly famous and millions of people each year come to visit this adorable Eastern Europe gem.

In this article, we will introduce some of the most famous tourist attractions in Kiev, so that you can have a better approach to this city and its landmarks. With the information provided in this article, you will be able to plan your trip to the Ukrainian capital better, so that you will not regret missing any of the top tourist attractions in Kiev.

Saint Sophia’s Cathedral: The oldest and probably the most beautiful

This amazing cathedral that is also included in the UNESCO World Heritage Site list is so much adorable that for many of the visitors it is the main reason to visit Kiev.

Saint Sophia’s Cathedral was built back in the early 1000s by Prince Yaroslav the Wise. Due to various invasions to the city since then, there is no other landmark left in Kiev from that era. The Cathedral of Saint Sophia is the oldest and sole survivor of these many years in Kiev.

The building is a masterpiece. With its white façade that is glowing during the days and its unique style of architecture, there are a few landmarks in Europe that can rival this beauty. The cathedral is also famous for its 13 gilded domes. Colored in a combination of the unique color of green and glittering gold, they attract people at first sight. The façade of the cathedral is so attractive that you can see them in a lot of different pictures of those who have visited Kiev.

The interior of Saint Sophia’s Cathedral is on a whole another level. With its fabulous mosaics and frescos that are a significant medieval artwork and with impressive sculptures, this iconic interior is a brilliant example of a magnificent Eastern European cathedral.

During your visit to the Cathedral of Saint Sophia, you can pay a visit to the museum that exhibits the items from this historic landmark. This museum is held in the monastic buildings and is easy to find.

There is also an iconic model of the Kiev in the museum that shows the city the way it was before its annihilation during the Mongols invasion in the 12th century.

Mikhail Bulgakov Museum: A visit to the creator of masterpieces

If you are a fan of literature and especially Russian literature, you have probably read one of the works written by the creator of 20th-century masterpieces, Mikhail Bulgakov. The likes of Master and Margarita and the Heart of a Dog are his most famous works.

Mikhail Bulgakov was born and raised in the adorable Kiev and now his late 19th-century house has become a museum that is one of the most important tourist attractions in Kiev. This museum, which is named after the writer himself is located on Andriivs’kyi descent.

With a pastel-colored, vibrant façade that makes every visitor fall in love, Mikhail Bulgakov Museum is one of the must-sees during your stay in Kiev. The house is full of Bulgakov’s possessions and by visiting it you will see the house as it was the home of the author.

If you have read Bulgakov’s works, “the White Guard” and the play “The Days of the Turbins”, you will find the house familiar, as it is the place from which he took the inspiration.

When visiting the museum you may find some objects colored in white. As almost all of the items in the Mikhail Bulgakov Museum are genuine, if there are any replicas used, they are colored in white.

In the end, when your visit has come to an end, you will be invited to a cup of coffee in the adorable house of the master of literature, Mikhail Bulgakov. What can be more interesting for a lover of literature than this brilliant opportunity?

Hryshko Botanical Garden: An attraction for the beauty of nature

Although Hryshko Botanical Garden, with its adorable magnolias and roses, is beautiful all year round, it is better to plan your visit for the end of the spring so that you can see its beauty at its prime.

By the end of the spring and also at the beginning of the summer, the worldly famous Lilac Alley is in full bloom and you can see one of the most picturesque landscapes in the world. Hundreds of lilac bushes that together create this so-called Lilac Alley are in bloom and there is no word better to describe this scene but simply beautiful.

There is also a greenhouse that homes to some exotic species as well as a number of reptiles that are nice to be seen.

With the majestic Dnieper flowing past Hryshko Botanical Garden, one of the best things to do here is to sit and watch the river. It is one of the most iconic landscapes you can see in Kiev.

National Opera House of Ukraine: The musical soul of the city

All over the world, the national opera houses are one of the most impressive landmarks of the cities and the glittering capital of Ukraine is no exception. National Opera House of Ukraine is a majestic building that is one of the best tourist attractions in Kiev.

A building in a unique and beautiful design that from the first sight you know it is different from its other European rivals. It is pastel-colored and stylish.

If you are interested in music, this is the right place for you. Various performances by different orchestras and performers are brought on stage here and watching them perform is one of the best things you can do in Kiev. The Ukrainians are fabulous at art and you should see it with your own eyes.

The good news is that watching performances in the National Opera House of Ukraine is not as expensive as it is in other countries. The ticket prices are usually below 20 Euros and it is not something a lover of music want to miss, a quality music concert, opera or ballet with a ticket with that price.

The building itself as mentioned before is an impressive landmark. This beauty is not limited only to the façade, but it is also in the interior of the opera house. The hall itself is awe-inspiring and even to see how fabulous it is, you should pay a visit to the legendary National Opera House of Ukraine.

The Motherland Monument: The Ukrainian definition of magnificence

This gigantic monument was erected in 1981. The Motherland Monument is a part of the popular National Museum of the History of Ukraine holds a sword in one hand and a shield in the other.

The Museum of History of Ukraine that the Motherland Monument is a part of it, is built in the memory of the Second World War and has different sections such as a walking path called Alley of the Hero Cities, a giant bowl called Flame of Glory and some other landmarks.

With a height of 62 meters and a sword that is 16 meters high, the majestic statue of Motherland is the highlight of the museum and is visible from every corner of Kiev. This iconic figure is a picturesque landmark that you should not leave the city without taking a photo with it.

There are also two observation decks at the top of the shield that gives you the opportunity to have a flawless view of the scenic city of Kiev. Atop the shield, although you should wear a harness for your own safety, you will have an experience and see a landscape that you will not forget throughout your life.

Saint Volodymyr’s Cathedral: The most iconic cathedral in the country

Although there are more than 950 churches and cathedrals all around the capital, the Saint Volodymyr’s Cathedral is the one you do not want to miss.

This fascinating cathedral can be easily recognized with its pastel-colored yellow façade and iconic blue domes. Its 19th-century architecture that is a brilliant example of Neo-Byzantine style makes it a must-see landmark of the city.

The interior design of Saint Volodymyr’s Cathedral is one of its best spots to visit. The frescos are painted by the Russian romantic artist, Viktor Vasnetsov and the mosaics are unique as the cathedral itself.

Another reason that makes Saint Volodymyr’s Cathedral a famous attraction is the fact that it is one of the few religious places in Kiev that are still functioning. You can observe the services being done. This is one of the most adorable things you can see as it is unique as the cathedral itself.