Top 7 tourist attractions in Chile you should visit 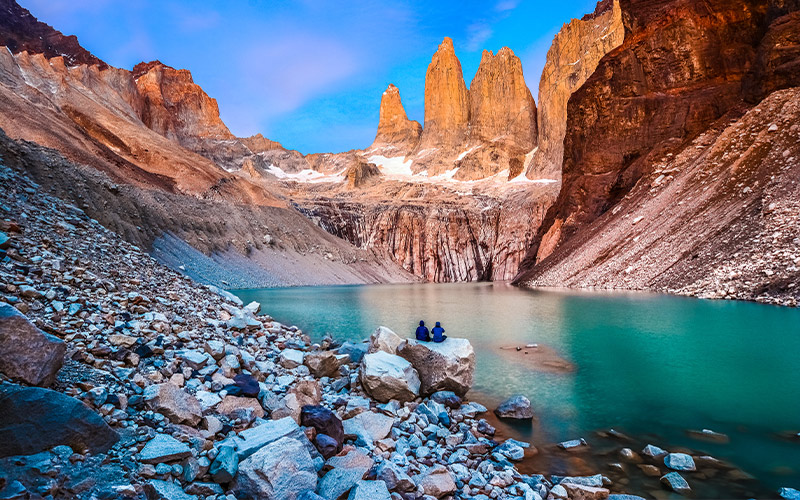 Chile is different from any other country you may have visited or are planning to visit. It is one of the most interesting places on Earth, while its beauty is sometimes unearthly. With a vast country that is occupying a long, narrow strip of land in South America, there are magnificent tourist attractions in Chile from the Atacama Desert to Easter Islands.

Chile homes to some of the most diverse landscapes in the world. While there is the driest desert on the planet, the impressive Atacama Desert, there is also one of the most scenic Glaciers in the world, San Rafael Glacier. There are of course some other fascinating tourist attractions in Chile that everyone will fall in love with them, particularly those who are fond of nature or those who fancy adventures.

It is fair to say that Chile is one of the most beautiful countries in the world. There are a few countries that can rival its natural beauty and diversity. It is a favorite travel destination for a lot of people, as they can experience a range of different activities and visit numerous world tourist attractions in Chile, just in a single trip. From majestic volcanoes to the green of forests, from the magnificent glaciers to the unique wildlife.

There is a lot which Chile offers that sometimes it is hard to pay a visit to the country without missing some of the top sights of the country. In order to get the most out of your trip to the country, it is better to have some ideas about its sights and plan your visit based on that. This will reduce the chance of regretting what you could not visit.

In this article, we will introduce some of the best tourist attractions in Chile. With the information provided in it, you can have a better approach to where you can visit and what you can do during your trip to the fascinating land of fire and ice.

1. The Atacama Desert: A visit to the driest place on the planet

Being a neighbor of the impressive Pacific coast on one side and Andes mountains on the other, makes the Atacama Desert a truly must-see.

This fabulous desert has mostly consisted of rocks, sands and of course amazing salt lakes that are called in the local language, salares. These amazing natural terrain together create scenic landscapes that are one of the most popular tourist attractions in Chile.

The Atacama Desert, apart from the beauty of nature and the scenery it homes, is known worldwide because of the fact that it is the driest place on the planet. The precipitation of this desert, especially in the region that is located between the Andes and Chilean Coast Range is lower than any other place in the world.

2. Valle de la Luna: The pearl of the Atacama Desert

A lot of people travel to the Atacama Desert just to visit the one pearl located in its heart: The Valle de la Luna, the Valley of the Moon. This valley is named like this, just because of its similarity to the surface of the moon, which to be honest is pretty much.

This spectacular part of the Atacama Desert is an awe-inspiring valley that is created due to the winds and floods over the centuries. The surface of the desert in Valle de la Luna is white, due to the presence of salt. This shape, along with the lack of planets and animals created the atmosphere that is always described as Moon’s surface.

Located in close to the Sand Pedro de Atacama, this amazing valley is near the border of Chile and Bolivia. It is so impressive that visiting Chile without paying a visit to Valle de la Luna is not considered a complete one.

The picturesque Valley of the Moon is one of the most picturesque attractions you can see in the world. So why not pay it a visit?

3. Easter Island: Visit one of the most famous landmarks in the world

Without the shadow of a doubt, this fabulous island is one of the most famous and also one of the most popular islands in the world. Great scenery and impressive terrain of the Easter Island are adorable, but they are not the only reason why an isolated island in the heart of the South Pacific Ocean became a tourist hub.

Easter Island is a Chilean territory that is located thousands of miles off the coast, in Polynesia in Oceania. With a population of around 6,000 people, this remote volcanic island is one of the most isolated inhabited islands in the world.

The most famous attraction of the Easter Island that overshadowed almost any other attraction of this amazing island, is the worldly known Moai Statues. These amazing sculptures are one of the most recognizable landmarks in the entire world. They are so famous that it is hard to believe someone did not see any photos from them yet.

This set of statues are built from stone with impressive details. They are created by the skilled masters of the Rapa Nui population, who have lived on the island for a long time. They are so incredibly beautiful that just a visit can help you feel their beauty.

There are 887 of Moai Statues situated in different parts of the Easter Island. There are of course some monuments gathered together as collections. You can find these collections all around the island, but the best place to find them is a protected area called the National Park of Rapa Nui.

As it is believed by many the best collection which is impressively magnificent, is the one that is called Ahu Tongariki. It is the collection consisted of 15 sculptures erected on a platform. These platforms on which the Moai statues are placed are called Ahu. Ahu Tongariki is the largest one among the Ahus of the Easter Island.
While on Easter Island, it is a good idea to pay a visit to some other attractions of it. Father Sebastian Englert Anthropological Museum that provides a fabulous background about the history of the locals of Polynesian island and their traditions, is one of them. Historical ruins of Hare Paenga that are located close to Ahu sites are one of the most scenic attractions of the island as well. You can find interesting stones that were the foundation of local houses, which were in the shape of boats.

As the name indicates, Chile’s Lake District is an area that homes to numerous lakes. Chile Zona Sur is located in the foothills of Andes and is one of the best tourist attractions in Chile.

This zone is a stretch of around 330 kilometers, rich in the beauty of nature. The green color of forests and snowcapped volcanoes are beautiful enough themselves to attract visitors. But the beauty of the lakes is so much that you cannot believe if you do not see them with your own eyes.

Apart from the beauty of the landscapes that are truly magnificent, this region is also a fabulous place for adventurers. You can plan a hiking adventure in Zona Sur and enjoy an experience of a lifetime. It is also a brilliant place for some activities like volcano climbing, kayaking, canoeing, rafting, and of course skiing during winter.

You can also use the amazing town of Pucon as your base. This way, you can have accommodation in this beautiful town and without thinking about the problems and difficulties an adventure may have, take your time doing the unique activities of Chilean Lake District.

If it is the wildlife that you are fond of, Chile has a lot to offer. Among various places you find different animals, there is a unique island in Chile that almost anyone will fall in love with it: Isla Magdelena, the island of penguins.

Located close to the southern part of the country, this island along with beautiful Marta Island together form the natural monument called Los Pingüinos. In this area, you find the largest penguin colonies in Chile. At the right time, you can find around 100,000 Magellanic penguins on this island, which is a lot to see.

In Isla Magdalena, you can also find a huge number of beautiful seals and sea lions. Watching these picturesque animals and the way of their life in a natural preserve is something anyone will adore.

While planning your trip consider this fact that this island is only accessible using guided tours, so you need to make sure you will find one before paying your visit to the Isla Magdalena.

It is also important to know about the migration season of penguins if you are going to plan your visit based on the opportunity to visit them. Every year, they usually leave the island at the end of March and will come back again from the sea in September.

It is a fabulous chance to see some of the most adorable animals on the planet while you are visiting Chile, so why not take it?

6. Valparaiso: A symphony of colors

Valparaiso is one of the most scenic places in the entire Americas. You will notice that the first time you see the city or its photos. Brightly colored buildings all around it, combined with the seaside views create a picturesque landscape that you will not forget at all.

The beauty of Valparaiso is not limited just to the colorful buildings, but when you are walking on the streets you will see beautiful things all around you. From cobblestones streets to graffiti and artworks, and of course, a unique style of architecture, Valparaiso, is fantastic and nothing less.

This fascinating seaport which is also known as the Greater Valparaiso is located in the west, on Chile’s coast. It is not far from Santiago, the capital. So wherever you are planning to visit, you can plan to experience the vibrant atmosphere of Valparaiso.

Visiting a colossal glacier is a fabulous experience that if you are adventurous enough, you would not say no to that.

As there is no path to San Rafael Glacier to reach it by land, the only ways to visit it are by boat or by plane. The most scenic path, of course, is to visit it by boat. This way you will see how magnificent it is. You will take a journey of passing through the narrow channels of the Aisen region, which is an isolated area. This journey will bring you close enough to the San Rafael Glacier to see how impressive it is.

San Rafael Glacier that is located within the Laguna San Rafael National Park in the south of Chile, is one of the most spectacular tourist attractions in Chile.

Chile, the land of ice and fire is one of the most interesting countries to visit. Vast yet beautiful, there is a lot to see in this amazing destination. Fortunately, there are so many tourist attractions in Chile that you will never get bored. Whatever your taste of travel is, Chile will give you one of the best attractions in the world that will suit your taste.

In order to have an unforgettable journey, all you need to do is book your flight and your hotel room and let it begin. Eligasht online hotel booking system and Eligasht flight ticket booking system are some tools provided by Eligasht that you can use in case you needed an easy to use