A complete guide to the Colosseum 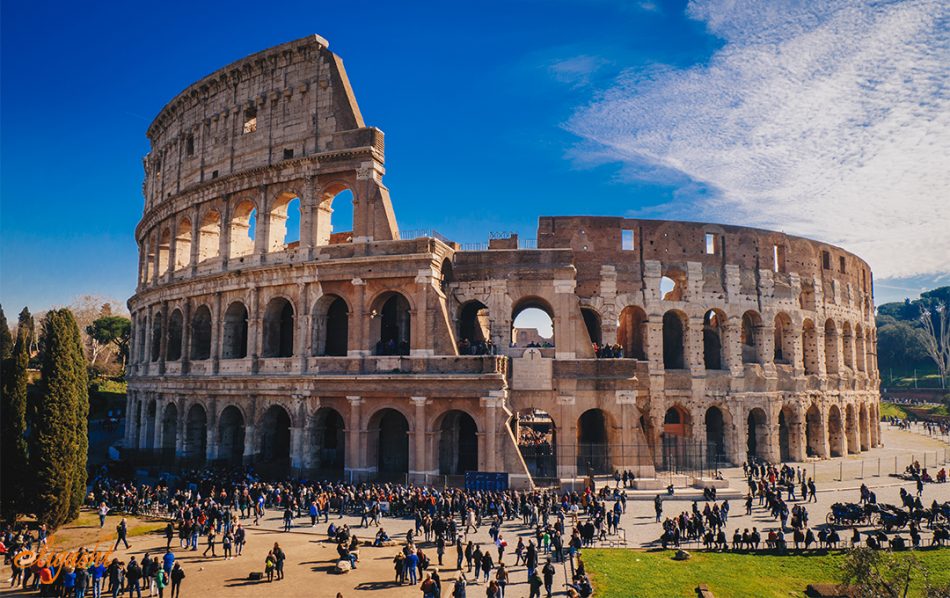 Guide to the Colosseum

The largest amphitheater in history is still glowing in the ancient capital of the Roman Empire and the current capital of Italy, Rome. The so-called Flavian Amphitheater has a history of two millenniums and is one of the most recognizable landmarks on earth. It is the main symbol of the city of Rome and one of the major symbols of impressive Italy. With reading this travel guide to the colosseum you will have a better approach to this brilliant wonder of architecture.

The Colosseum is a magnificent part of the history of human beings and a gift straight from one of the most powerful empires of history. It has seen different eras and stood here during the reign of several governments and empires.

Built as an amphitheater, the colosseum was the stage that any actor or gladiator dreamed of stepping on. It had an estimated capacity of 50,000 to 80,000 spectators, larger than most of the current stadiums. It is a number that made it the largest hall of the all the time.

In this travel guide to the Colosseum, we will provide some information about this fabulous attraction of Rome, information on the best time to visit it, and some tips about it.

History of the Colosseum

The largest amphitheater of history is believed to be built between AD 72 and AD 80. The construction has begun under the reign of Vespasian, the Roman Emperor. He could not see this major project of his era finished as he passed away one year before the inauguration of Colosseum, in AD 79.

His heir and successor, Titus finished this masterpiece of architecture in AD 80. Unfortunately, Titus has reigned just one year afterward and further modifications on Colosseum have been done under the reign of the last of the Flavian dynasty, Emperor Domitian. As it has been constructed under the reign of these three Flavian Emperors, it is known in Latin as Amphitheatrum Flavium, the Flavian Amphitheater.

Colosseum was mainly built to host the gladiatorial contests, although some other events like animal hunts, executions, and theaters were also held in it. Later and during the medieval era, the colosseum was used for purposes such as housing and workshops. It also was used as a fortress for a period of time.

Built mainly of Travertine and concrete, the architectural style used in Colosseum is such charming that some of the damages it has seen were due to stone robberies. Colosseum was also damaged by some earthquakes during its age of around two thousand years.

When to visit Colosseum

The two important factors that can help you choose the best time possible to visit this amazing attraction are the temperature and the crowd. By having a good approach to these two factors you can make sure that your visit to this wonder can be a pleasant one.

While in most of the European tourist attractions you should beware of the cold season and avoid it, about Rome you should make sure to avoid the Roman heat. During the peak summer, there is a heatwave along with the infamous humidity of Rome that can make visiting the Colosseum a little bit unpleasant. As summer is the high season of the country, the attraction will also be more crowded that will affect your entire day, especially if you are thinking about taking some pictures in this fabulous, picturesque location.

As a guide to the Colosseum, it is better to mention a tip that is somehow awkward. Actually the best way to have a nice, pleasant visit to this colossal amphitheater of ancient Rome is to avoid doing as the other tourists do. The low season of this open-air amphitheater is from November through March. During this season the weather is pleasantly mild and also there is no queue nor heavy crowd.

In addition to the summer, you should try your best not to plan your trip to Colosseum during the days close to Christmas or New Year’s holidays as the population visiting the place is huge. You should note that the Colosseum is closed on January 1st and December 25th.

How to visit Colosseum

In order to visit this fabulous wonder of the ancient Roman Empire, which is known as the most visited monument in Italy, you have to purchase a ticket. The ticket is valid for visiting the famous colosseum, as well as the Roman Forum and the Palatine Hill.

There are two ways to purchase tickets. The usual way is to reach the place, stay in a queue and buy your ticket. The good news is it is pretty simple, but the bad news is that you should stay in a long, tiring queue. The other good news is you can purchase your ticket online. This way you do not need to stay in the queue to purchase the ticket.

As a special tip from this travel guide to Colosseum, please note that even if you have booked the ticket online, you need to arrive half an hour sooner than your visiting time.