The best tourist attractions in Marrakech

10 months ago written by author 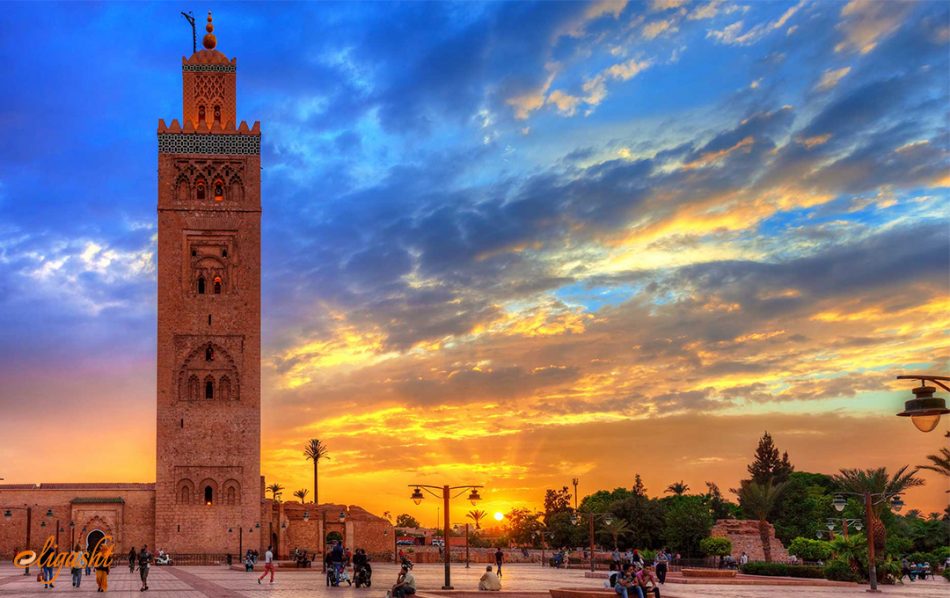 Where to go in Marrakech?

The colorful city of Marrakech – or as some say, Marrakesh- is one of the most famous North African travel hubs. There are a variety of attractions and things to do in this cultural heart of Morroco, from impressive historical sights, to unbelievably cheap markets which made Marrakech a paradise for bargain hunters. Although with different attractions all over the city it is always hard to decide where to go in Marrakech, but there is no doubt that wherever you go, you will absolutely have a quality time.

Widely known as Red City because of the building constructed in red sandstones, Marrakech was the capital of the kingdom for a long period of time. It has such a high reputation that even the country’s name, Morocco, is derived from the name of the city.

In this article, we will answer the question of “where to go in Marrakech?” by taking a brief look at the most amazing sights every visitor should pay a visit to during a stay in Marrakech.

The number one answer to the question of “Where to go in Marrakech?” is definitely Djemaa El Fna Square.

Located in the old city of Marrakech, this square is the beating heart of the city. If you are willing to see how Marrakech really is, this is the best place you should pay a visit to.
Not so similar to the European style of main squares, there are numerous stalls offering pleasant orange juices, as well as musicians, storytellers, and uniquely wonderful snake charmers all gathered in Djemaa El Fna.

Due to this amazing feature, this radiant emblem of Marrakech is recognized as one of the UNESCO Masterpieces of the Oral and Intangible Heritage of Humanity.

There are also a number of rooftop cafés and restaurants, which gives you the opportunity to enjoy the outlandish view of the square from above while having a dish of amazing Arabian food.

Undoubtedly the most famous landmark of the Marrakech, Koutoubia Mosque is so tall that is visible from every corner of the city.

The minaret of this mosque, which is also known as the Mosque of the Booksellers, is 77 meters in height and was built in the middle of 12th century by the Berber Almohad Caliph.

Marrakech tales tell that as the tower was so high that it overlooked the city, including the Caliph’s Harem, the Muezzins (people appointed at a mosque to recite the call to prayer) for Koutoubia Mosque had to be blind.

With fascinating curved windows, historic merlons, decorative arches, and that famous unique minaret, Koutoubia Mosque is a masterpiece of art and architecture. It was the main inspiration of numerous building in the region, such as Giralda of Seville and Hassan Tower of Rabat.

If you are a fan of architectural wonders and still wondering where to go in Marakech, Bahia Palace will be a good option.

This major monument of the Marakech city, which is built in 19th century, is one of the most popular sights among the tourists.

Intended to be the greatest palace of its time, the Bahia Palace is a pleasant integration of Islamic and Moroccan style of architecture and art.
Grand Vizier Bou Ahmed, who served Sultan Moulay al-Hassan, has built the palace as his own personal residence.

The palace’s name, Bahia, which means “the brilliance”, is after one of the grand vizier Bou Ahmed’s wives.

With beautifully colored roofs and yards, the Bahia Palace looks like a magnificent peacock. The interior decoration with amazing tiles and nicely colored ceilings are dazzling.
The palace nowadays hosts various artistic events, such as Arab-Andalusian music concerts and art exhibitions. The Moroccan Royal family have a stay in Bahia sometimes in an important private part which is not open to the public.

For more than four centuries, the Medersa was a home for students who were seeking knowledge in various fields of science, including Theology.
As the name meaning in Arabic indicates, this place was a school. It was built in 1565 by the Saadian Sultan Abdallah al-Ghalib and named after Almorvarid Sultan, Ali ibn Youseff. During the centuries, this school was the largest theological college in the region. In its pinnacle, the Medersa accommodated 900 pupils.
Designed carefully to inspire revelation and astonishment, Ben Youssef Medersa is a brilliant example of Islamic style of architecture.
The highlight for sure is the courtyard, which with a large shallow reflective pool and intricate ornamentation enhances the multi-sensory experience for the visitors.

A sensational tropical garden created by the Frenh Orientalist artists, Jacques Majorelle. The garden is colored in a vibrant blue color which is known as Majorelle blue, which charms every visitor in the first sight.

This complex is consisted of a tropical garden with beautiful cacti, palms, and ferns, as well as a Cubist villa. It was the residence of the artist and his wife from 1923 until their divorce in 1950s. In the 1980s, the famous fashion designers Yves Saint-Laurent and Pierre Berge purchased and restored it.

Fortunately nowadays it is open to public, so that every tourist can pay a visit to this impressive complex and be inspired by the colorful symphony of this extraordinary complex.

The villa houses the Islamic Art Museum of Marrakech, the Berber Museum and has recently opened the Musee Yves Saint Laurent.