Best tourist attractions in Brussels that every visitor must visit

5 months ago written by author 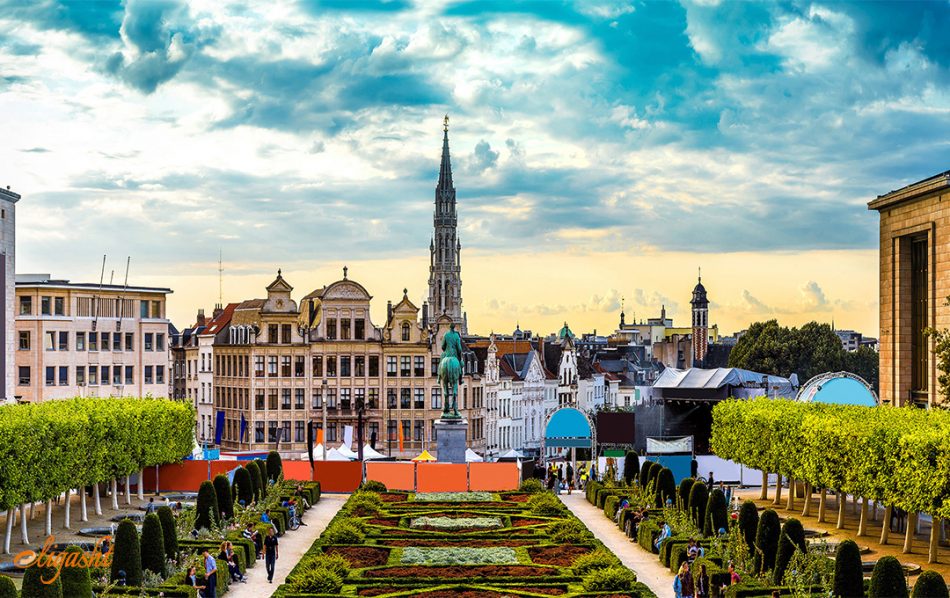 The lovely capital of the European Union, and the seat of Belgian Royal Family is one of the most adorable cities in Europe. Although Brussels is not a crowded, large city, it can rival any other tourist hub in the world. When thinking about best tourist attractions in Brussels, there are a lot of names that can be listed and this in fact, is a good news. You can spend as many days in this city as you want without even thinking about being bored. Ville de Bruxelles has a lot of amazing things to offer.

Belgium homes to some other tourist hubs as well. Bruges or Ghent are fabulous cities, with impressive beauty and adorable sights to be seen. With numerous tourists visiting these cities, they are really favorite to the people who are looking for a magnificent vacation. Brussels on the other hand, is a fantastic city with lesser number of tourists. This will help you better touch the Belgian lifestyle. Another advantage of visiting the city of course is that you will not to wait in huge lines to enter the tourist attractions in Brussels, or there will not be overwhelming crowd in them.

World class museums and art galleries are glittering in Brussels. People around the world come to the Belgian capital just to pay a visit to these landmarks, Brussels of course homes different historic attractions as well. Majestic palaces and buildings, with unique style of architecture. In addition to all those landmarks, the old town of Brussels is an area rich in beauty and culture.

Royal Museum of Fine Arts of Belgium: A unique collection of fine arts

With a collection of more than 20,000 drawings, paintings, and sculptures from the 15th century to the present, The Belgian Royal Museum of Fine Arts is one of the most fabulous galleries of art on the planet.

Known among the locals as usées royaux des Beaux-Arts de Belgique, the complex containing six different museums. Two of these museums that are the ones with higher importance, are located in the main building, while the other four are situated in two different buildings.

The museum started as a collection that was located in the palace of Charles of Lorraine in 1797. A few years later and in 1846 it was transferred to its current location that is a magnificent work of art itself.

The museum of Ancient Art that is also known as the Oldmasters museum, has a magnificent collection of arts from 15th to 18th century. There are artworks from famous Flemish and Dutch artists such as Bruegel, Campin, Bosch, Jordaens, and the shining works of Rubens. The museums of Modern Arts on the other hand, houses as a remarkable collection of works from Belgian artists of 19th and 20th century.

Other members of the complex are The Magritte Museum and Fin-de-Siècle Museum that are adjacent to the main building. The last two are Constantin Meunier Museum and the Antoine Wiertz Museum, smaller collections dedicated to these Belgian artists that are situated a few kilometers away from the city center.

Atomium: A unique monument you must visit

This monument that is a famous landmark of the city, actually represents a molecule of Iron. With a height of 102 meters and built from steel and aluminum, Atomium is so tall that it is visible from every corner of Brussels.

This picturesque, shining monument was built in 1958, as a pavilion of the Brussels’ world fair. It was supposed to be temporary, but gigantic Atomium was so popular that had become a permanent member of city’s skyline.

Atomium is sometimes referred to as Belgian Eiffel, and Belgian people really love it, just as French are in love with the Eiffel tower.

There are nine spheres in the monument and six of them are open to the public for visiting. You can tale the elevator to reach this amazing Iron molecule or use the escalators to travel between the spheres, just as most people do.

Grote Markt: A travel back in time

If you are looking for a place to wander around and see more of the fabulous Brussels, every questions of yours will lead to a single answer: Grote Markt.

The Grote Markt, whose name can be translated as Grand Place, is a square in the heart of Brussels Old Town. The Old Town of Brussels itself is full of amazing buildings, but the Grote Markt is in another level. It is one of the best preserved locations in Europe and walking on its amazing cobblestoned ground will give you the feeling of travelling back in time.

There are numerous recognizable landmarks in this area but even the simplest buildings are impressive to visit. The Gildehuizen or guild houses all around the Grot Markt are one of the most adorable things to see. The unique style of architecture used to build these fabulous buildings are truly remarkable. The carvings and of course the gold decorations will show you how elegant can an architectural masterpiece be.

One of the best known landmarks that are located in the Grand Place are the Hotel de Ville. This magnificent building whose constructions dates back to the beginning of 14th century was once the Town Hall of Brussels. There are several rooms in this building that are amazing to see. The decoration, and of course the architecture is noticeable. Some of the rooms of the Town Hall that are among the top sights to see when in Gorte Markt are the Council Chamber, the Marriage Chamber, the Maximilian Chamber, and the adorable Escalier d’Honneur. All of these chambers are great and you can pay a visit to all of them in a short time, as they are close to each other, but try your best not to miss any of them as they all have their own unique, amazing beauty.

Comic Strip Center of Belgium: Where you can meet Tintin himself

The fantastic Comic Strip Center of Belgium is one of the best tourist attraction in Brussels. Even if you are not interested in comic strips or cartoons at all, visiting this palace of fantasies can create an unforgettable memory during your trip to Brussels.

The Comic Strip Center is located in a magnificent building whose construction dates back to 1906 and was designed by the famous Victor Horta. This amazing center is deovetoed to the history of cartoons and comics.

This adorable attraction is consisted of two main sections. The first section is the comics exhibition. An awe-inspiring collection of 200 original comic strip drawings by Belgian artists are being presented in this section. As the exhibition is constantly rotating, no two visit of this center will necessarily be the same. So if you have visited it once, why not giving it another chance?

The second section of the center is the museum of comic strips. The museum is a great place to see and know more about the history of comics through a collection of original manuscripts, sketches, and more.

As you probably know, Belgium is home to some of the most famous comic strips characters. Among them you can find Tintin, Luckky Luke and Smurfs, and some worldly known creators like Herge and Morel. So visiting this complex, its exhibition and its museum will be a fabulous idea, especially because of the impressive design of it.

Some of the sets reconstructed in this complex are Lucky Luke’s saloon and famous Captain Haddock’s moon rocket while he has Tintin and Milo by his side. These sets are so popular among the visitors that leaving Brussels without taking some photos with them seems to be odd.

Brussels’ patron saints, Saint Michael and Saint Gudula own one of the most impressive tourist attractions in Brussels. The St. Michael Cathedral, or as it is called among the locals, Sint-Michiels Kathedraal, that is dedicated to these two saints are truly magnificent. This majestic gothic church was founded in the beginning of 12th century but its completion took place in 15th century.

When you visit this landmark, you will notice the true definition of the wonder of architecture. With impressive gothic façade that goes high with the building to the sky and the towers that are as high as 69 meters, this majestic crown of the city is one of the finest examples of its kind.

Inside the cathedral, there is a fabulous interior design. The fine furniture and the stunning stained glass windows used in Sint-Michiels Kathedraal are incredible. Some of the windows that every visitor should not miss are the one illustrating the story of the Miracle of the Host, the one depicting Charles V and Isabella of Portugal and the one representing Louis II and Mary of Hungary.

Sint-Michiels Kathedraal is the created by the capable hands of different designers. Among the names you can see Jan van Ruysbroeck and Bernard van Orley.

The Chapel of the Holy Sacrament is one of the places you should visit while in the landmark. The details used in this amazing section is fantastic.

One of the most picturesque landmarks of the country, Koningsplein is a favorite attraction in the Brussels. The name of this area means Place Royale and the reason of having such a name is because of the most important landmark of this plaza, Royal Palace.

The Royal Palace, or as it is being called in Belgium Palais Royal, is the magnificent, official residence of the Belgian Royal Family. The façade of this building is one of the most picturesque things you will see in entire of your visit. Every day at about 2:30 o’clock in the afternoon you can see the amazing ceremony of Changing the Guard in front of the palace that is one of the most popular attractions of the city.

There are numerous other attractions in every corner of the Koningsplein. Among them you can find The Palais des Academies and Paleis voor Schone Kunste, two of the most glittering ones. The former is home of the Royal Academy of Sciences, while the latter that is a fine example of neoclassical Belgian façade, was once the residence of the Crown Prince of Orange.

As mentioned in this article the lovely capital of Europe, Brussels, homes a lot of fabulous attractions all around it. The likes of Atomium and Comic Strip Center of Belgium are some sights that are unique to the city and people from different parts of the world come to visit these amazing landmarks.

Without the shadow of a doubt, a trip to the Brussels will not lack amazing moments at all. The only thing you need is to choose what attractions you want to visit, plan your trip and start your journey.

In case you are deciding what type of accommodations you are going to stay in while in Brussels, the hotel room booking system of Eligasht can help you through the process. This easy-to-use, versatile system, offers a wide range of hotel rooms in Brussels, with different options and features.