The best tourist attractions to visit in Amsterdam 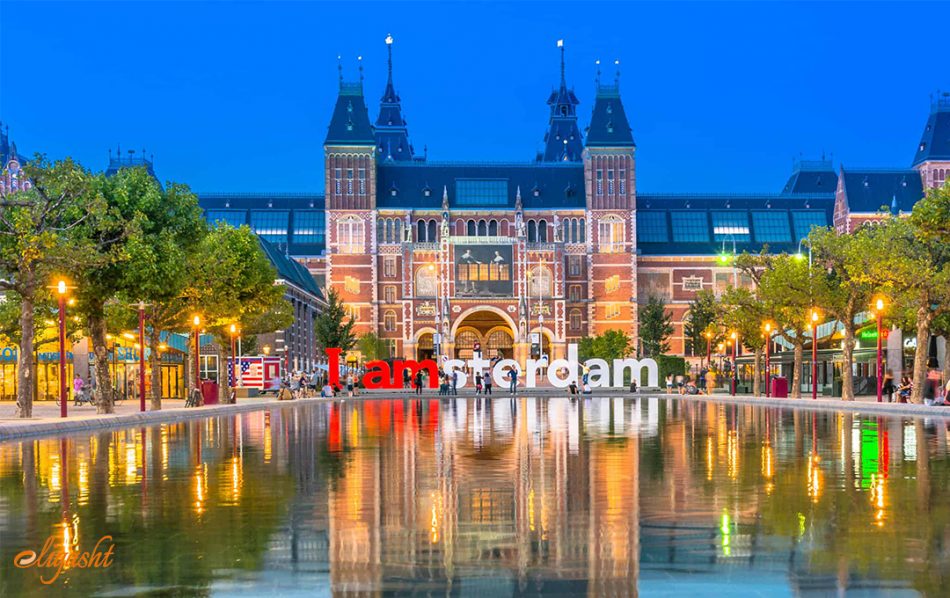 Formerly known as one of the most important commercial ports of the world, Amsterdam is the dazzling capital of the Kingdom of Netherlands. Nowadays with numerous museums, theaters, universities, and academies, Amsterdam is a worldly famous cultural hub. The city is so famous that there are various sights among top Amsterdam attractions which are well-known by almost anyone in the world.

In this article, we will take a look at some of the most famous and amazing sights in Amsterdam that everyone should pay a visit while there.
Stay tuned with us.

Undoubtedly one of the most famous landmarks, not only in Amsterdam but also in the whole of Europe. Located in the heart of the historic center of Amsterdam, several cafes and shops, as well as souvenir shops, are lined around this square.

Some of the top Amsterdam attractions, such as the Royal Palace (Koninklijk Palace), New Church (Nieuwe Kerk), Madame Tussaud wax museum, and the National Memorial Statue are placed in this square or close to it.

The name of the square derives from the dam on the Amstel River, built at the beginning of the 12th century, which the city is named after it as well. The square, however, is built where the historic dam was located.

There is also a nice Ferris wheel, which gives a perfect opportunity for visitors to have a brilliant perspective of the square.

The Jordaan is the most popular neighborhood in Amsterdam, located in its center.
The neighborhood is best known for its narrow canals and streets, garden courtyards, and eateries.

With the picturesque scenery and the beautiful sound of folk music almost anywhere in the Jordaan, you can easily spend a day wandering around without getting bored.

The neighborhood is home to some beautiful sights such as the Anne Frank Museum, and the lesser-known but still fabulous Woonboots Museum, which is a floating museum dedicated to houseboats.

There are also some special markets during the days of the week. Lindengracht, an open-air market held on Saturdays or Westerstraat on Mondays are two of the most famous ones.

The Royal Palace of Amsterdam

This wonderful palace (which is called Koninklijk Paleis in Dutch), is located on the west side of Dam Square.

At the beginning, it was used as the Amsterdam city hall, but later it has been changed to the Royal Palace and been used by the Royal family. It still serves as the Netherlands Kings’ residence when he is in Amsterdam.

The Koninklijk Paleis was built based upon the ancient Roman architecture, and with marble sculptures, magnificent interior furniture, and fabulous ceiling-paintings is a masterpiece of arts in every aspect.

There is also a picturesque 6-meter-tall statue of Atlas, the Greek Titan god, carrying the Globe on his shoulders, which symbolizes the worldwide extent of Dutch commerce during its Golden age.

As the name indicates, the Oude Kerk is the oldest building of Amsterdam, as well as the oldest hall church in North Holland. It later was used as a model for numerous churches in the region.

The Old Church was founded in 1213 and consecrated in 1306, but some additional parts, like the side chapels, were built over the centuries.

There is also an annual celebration called “Miracle of Amsterdam” which is being celebrated in mid-March by Catholics.

The church currently homes a permanent exhibit on its own history and also the Amsterdam city.

This 200-year-old museum is one of the top Amsterdam attractions.
The meaning of the name is the National Museum, and it actually has an amazing history.
In the beginning, the National Museum was founded in The Hague city, in 1800. 8 years later it has been moved to Amsterdam where its location has changed three times. First, the Royal Palace, later Trippenhuis, a neoclassical mansion in the center of the city, and in the end the current main building.

The current building of The Rijksmuseum which is designed by Pierre Cuypers is opened in 1885.

The National Museum is the largest art museum of the Netherlands, and with around 3 million visitors per year, one of the most visited ones.
With some masterpieces of the Rembrandt, Johannes Vermeer, and Frans Hals among their 5,000 important paintings on the display, the Rijksmuseum is undoubtedly a must-see.

There is also a unique art history canal cruise taking the visitors to many of the sites represented in the Rijksmuseum’s collections, which is a nice thing to experience.

Another must-visit museum for the fans of art and history. Since its inauguration in 1972, the eye-catching  Van Gogh Museum has always been named among the top Amsterdam attractions.

Van Gogh is the most famous Dutch artist for most of us and this museum is dedicated to his life and brilliant artistry.

With more than 200 paintings, 500 drawings, and 700 letters related to him, this museum homes to the world’s largest collection of Vincent Van Gogh’s paintings and artifacts.
The collection is grouped into two periods of the painter’s artistic life. His realistic works periods, which includes the famous work called “The Potato Eaters”, and the Impressionist period of his works, which hosts the most famous artwork of him, “Vase with Sunflowers”.

Also, this museum which is located at the Museum Square of Amsterdam is the actual Van Gogh Museum, but there is another amazing museum, called “The Van Gogh House” in Zundert, which is nice to be visited as well. This place was Van Gogh’s old residence.

This museum, however, is so attractive for tourists as well as locals that is usually ranked among the top-visited art museums of the world.