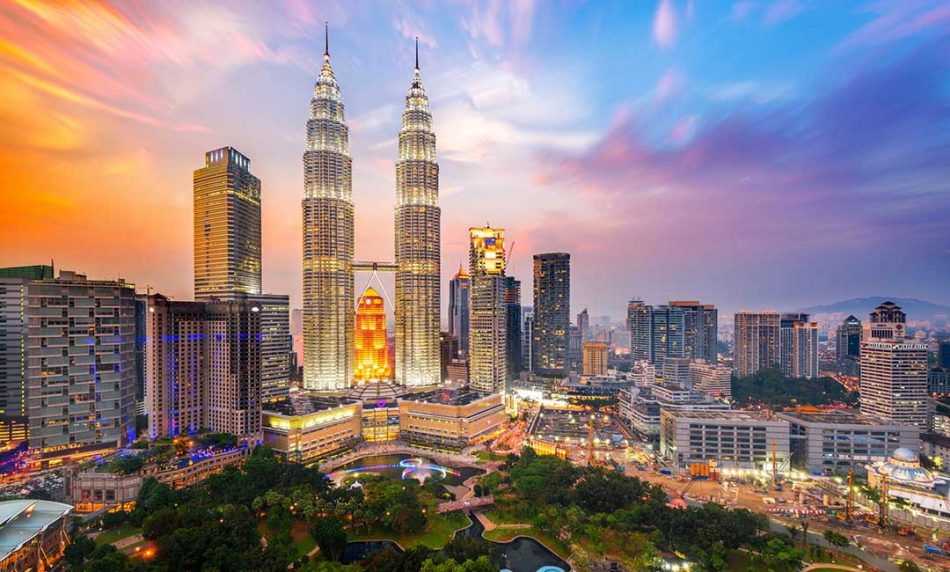 Petronas Twin Towers, pair of skyscraper office buildings in Kuala Lumpur, Malaysia. The Twin Towers, built to house the headquarters of Petronas, the national petroleum company of Malaysia. This twin tower were designed by Cesar Pelli; they were completed in 1998. The plan for each tower is identical: an 8 lobed circular structure that contains 88 stories of occupiable space and a pyramid shaped pinnacle surmounted by a slender steel spire. To read this article, follow us on the Eligasht Magazine.

In fact, PETRONAS Twin Towers Both rise to a height of 1,483 feet, which includes 242 feet for pinnacle and spire. Each building is supported by 16 large columns around its perimeter which, along with the rest of the frame, are made of high strength, steel reinforced concrete rather than of structural steel; the exterior sheathing consists of stainless steel and glass.

A skybridge two stories tall links the two towers between the 41st and 42nd stories. In 1996, after the spires had been attached to the buildings, the Petronas Twin Towers were declared the world’s tallest buildings, eclipsing the former record holder, the 110 story Sears Tower in Chicago. The roof of the Sears Tower was actually more than 200 feet or 60 metres higher than those of the Twin Towers, but the spires on the towers’ pinnacles were regarded as integral parts of the overall architectural structure.

The Twin Towers, in turn, lost their preeminent status in 2003 after a spire was put in place atop the Taipei 101 building, in Taipei, Taiwan, and that structure reached a height of 1,667 feet or 508 metres.

Late Evening is the best time to visit Petronas Towers. This will also give you opportunity to see the Light and fountain show that generally starts at 7pm to 9pm and its just behind the Petronas tower.

things to do in PETRONAS Twin Towers