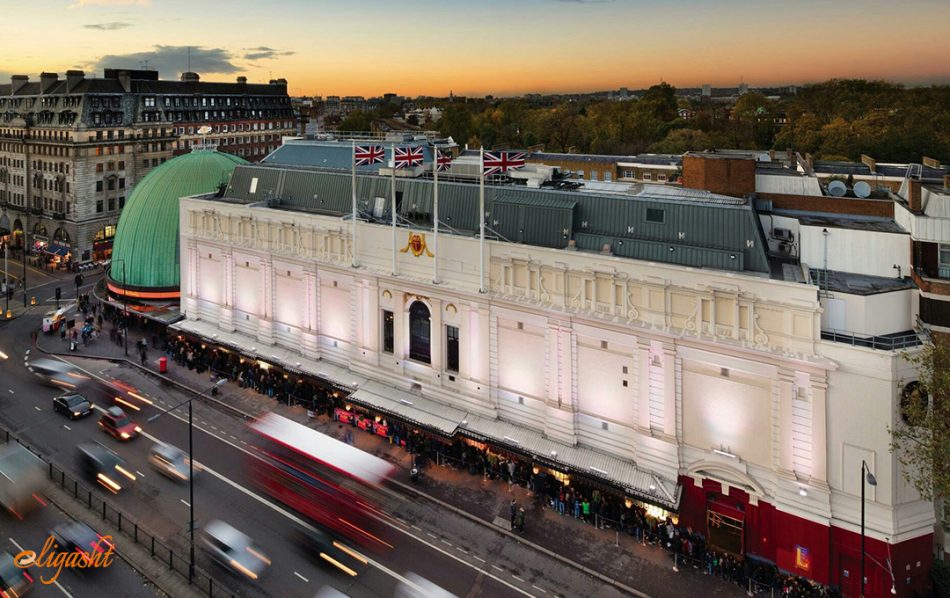 Founded by and named after the famed wax sculptor, Marie Tussaud, the Madame Tussauds Museums are among the most famous tourist attractions throughout the globe. A tourist attraction displaying numerous popular characters of film and television as well as famous figures made of wax, all in great detail is undoubtedly something every visitor will be fond of.

Although there are several smaller branches in different major cities, the main branch is located in London, the city in which the first museum was founded. Madame Tussaud herself established the first museum on Baker Street, in 1835. There are still some of the first figures made by Madam Tussaud in the London branch, including a self-portrait.
After some year, and when Madame Tussaud’s grandson, Joseph Randall was in charge of the museum, a new building has been constructed as the Baker Street building was restricted in space. The new building, which was located on Marylebone Road, is the current location of the Madame Tussaud museum of London.

In this article, we will have an introduction to the different Madame Tussauds Museums all around the world, so that you can have some information about the closest to you or your next travel destination. It is a fabulous joy to spend time in such an amazing cultural attraction, so take the opportunity and pay them a visit.

The first to establish and the main branch of Madame Tussauds Museums. Located in Marylebone Road in the center of the city, this branch hosts real-life replicas of numerous famous figures.

The most popular figures in the London branch are Queen Elizabeth II, David Beckham, Michael Jackson, and Cristiano Ronaldo. There are other fascinating figures of celebrities and historic icons like The Beatles, William Shakespeare, Stephen Hawking, and Albert Einstein, as well as movie characters such as Iron Man, Spider-Man, and Darth Vader.

This museum also owns some of the very first wax figures built by Marie Tussaud, including her self-portrait which is placed in the entrance.

Located in Blackpool, United Kingdom, this branch was opened in 2011. It has replaced the previous Louis Tussauds waxworks and is featuring over 80 figures.

The most famous figures of the Blackpool Madame Tussauds museum are Simon Cowell, Michael Jackson, Ed Sheeran, and Ariana Grande.

The capital city of Germany is one of the other branches of themed galleries. Located in the Unter den Linden Boulevard, the Berlin branch is one of the best Madame Tussauds museums of Europe.

Vienna branch is on Riesenradplatz Street, close to the beautiful Danube. A city rich in history and culture must have a branch rich in quality. Madame Tussauds museum of Vienna is located in one of the most popular European cities and is one of the best branches of the museum chains.

Beside The fabulous statues of Ludwig Van Beethoven and Sigmund Freud, favorite icons like Winston Churchill, Alfred Hitchcock, Audrey Hepburn, Elvis Presley, and Luciano Pavarotti are among the most popular wax figures in Vienna.

In the heart of Amsterdam and near the Royal Palace, Madame Tussauds museum of Amsterdam is placed in the amazing cultural sight of Dam Square.

A rich treasure of Marvel Characters including Loki, Thor, Hulk, Captain America, and Iron Man, is one of the best parts of the museum.

The Historic City of Prague is one of the hosts of the Madame Tussauds museums. Muzeum Voskovych Figurine is on Celetná Street.

This smaller museum is mainly known for its collection of musician figures.

Located in the famous Istiklal Street of Istanbul, it is already one of the must-see attractions of the city. The famous Steve Jobs, brilliant figure of Steven Spielberg along with numerous other figures are there to be visited.

Top figures of the Seventh branch of Asia include Nicole Kidman, Johnny Depp, and Bae Suzy.

Located in the Minato City of Tokyo, this amazing branch is more famous for its art and history section.

You can pay a visit to the famous violinist Taro Hakase here.

Darling Harbour of Sydney homes to two of the nicest attractions in the city. The Aquarium Wharf and a sight located on it, the Madame Tussauds museum of Sydney.
The Famous DC Universe’s Justice League are all present in this branch. Amazing figures of the DC heroes including Batman, Superman, Aquaman, Wonder Woman, and The Flash are among the top-visited ones in Sydney.

Located at the fabulous Peak Tower in Hong Kong Island, this branch was the first Asian branch to be opened.

There are several unique figures in this gallery, including the figures of Miriam Yeung, Connie Chan, Bae Yong-Joon, and Andy Lau, as well as some local worldly known celebrities like Jet Lie.

As a vast country, China has 4 branches of Madame Tussauds museums. Making it the second country in the number of branches just after the United States.
With the branches in Shanghai, Wuhan, Chongqing, and the capital, Beijing, China branches are among the top-visited museums of the world.

The twenty-third gallery of the chain is on Regal Theater in New Delhi, the capital of India.

As a country with a brilliant cinema and music industry, the Indian icons of this branch are impressive. Amitabh Bachan, Shahrukh Khan, and Salman Khan are among the celebrities whose figures are displayed in the Bollywood section of the museum.

The Thailand branch is located on Rama I Road. It’s a-List includes Hollywood favorites such as Will Smith, Brad Pitt, Angelina Jolie, and Nicole Kidman are here as well as Asian stars Jackie Chan and Michelle Yeoh.

With 7 branches throughout the country, the US is the number one country in the number of Madame Tussaud’s museum branches.

Hollywood, Las Vegas, Nashville, New York City, Orlando, San Francisco, and Washington, D.C. are the branches located in the United States. As there is no branch in the whole Americas continent, these seven galleries can be considered as the branches of the continent as well.

Each museum has some unique figures, just like Nashville and its country music figures, or Hollywood and its movie actors, actresses, directors, and characters figures.